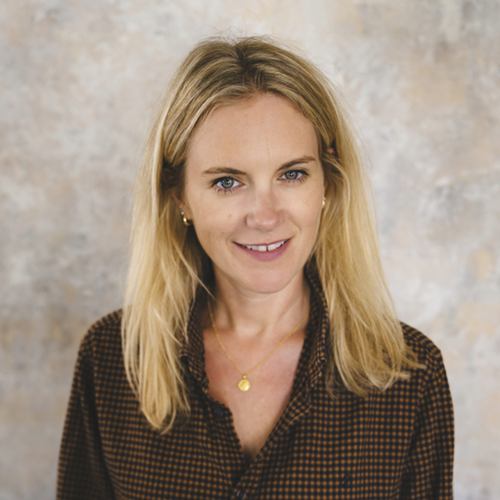 Anoushka grew up in the West Country. She studied BA Theatre Studies at Kingston University and undertook a Masters in Acting for Screen at Central School of Speech and Drama. Following her studies Anoushka acted on stage and screen and wrote and acted with a comedy sketch group. Alongside this she worked in PR at the Theatre Royal Haymarket and the Royal Court Theatre - were she produced The Playwright's Podcast with Simon Stephens.

Her first play, My Mum's A Tw*t, was staged at the Royal Court Jerwood Theatre in January 2018 with Patsy Ferran performing the one-women show.

She was picked as one of 12 writers for the 2018 Channel 4 Screenwriting course and wrote her first half hour television script, Devongirl. Anoushka performed in a new version of My Mum's A Tw*t at the Edinburgh Festival Fringe throughout August 2019. In 2020, it was then released as an Audible play with Susan Wokoma performing.

Anoushka won the Platform Presents Playwright’s Prize for her second play, My Dad's a Cu*t in 2020. Her third play Toed, performed by Liv Hill, was released digitally with Pentabus Theatre Company in 2022.

She is currently developing Jessica Hepburn’s two books, The Pursuit of Motherhood and 21 Miles, into a feature film with Erebus Pictures/BFI and her first short film Gobble will be released later this year.

Anoushka's first novel I'm Fu*king Amazing was picked up in a pre-empt by Trapeze UK and in the US by Double Day. It will be published in early 2024.

Anoushka has held artistic roles at The Bunker Theatre as Associate Artist and is currently an Associate Writer at Pentabus Theatre.