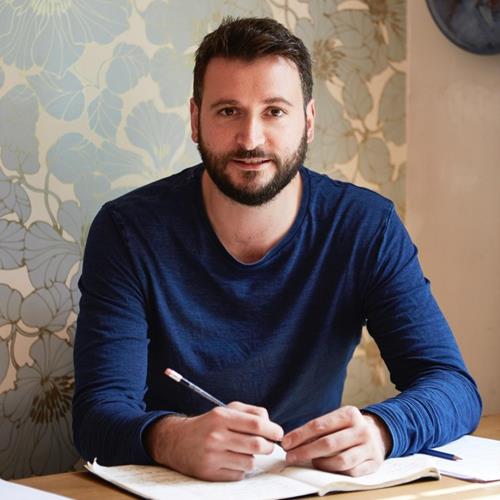 James Ley is a screenwriter and playwright living in Edinburgh. James was selected for the 2019 Edinburgh International Film Festival Talent Lab and the 2019 Stowe Story Labs in Vermont, USA. His first feature LOVE SONG TO LAVENDER MENACE is in development, produced by John McKay/Compact Pictures, funded by the Scottish Film Talent Network. His stage play of the same title has been performed at Royal Lyceum Theatre Edinburgh and SoHo Playhouse, New York and will return to the main house of Royal Lyceum in October 2019. James’ other plays include I HEART MATHS for Play, Pie and a Pint/Oran Mor, SPAIN for Glasgay!/Citizens Theatre, Glasgow and UP at The Vault, Edinburgh Festival Fringe. James was a member of the Traverse Fifty and he was a writer in residence at Cove Park, supported by Creative Scotland. He has received awards and funding from Playwrights’ Studio, Scotland.

James is currently under commission to Ambassador Theatre Group, Perth Theatre, Traverse Theatre and Pearlfisher Theatre Company, and he is being supported by Creative Scotland and the Peggy Ramsay Foundation. In addition to authoring feature film LOVE SONG TO LAVENDER MENACE, James is working with Kanchi Wichmann on her new drama comedy feature GROWING UP IN PUBLIC.