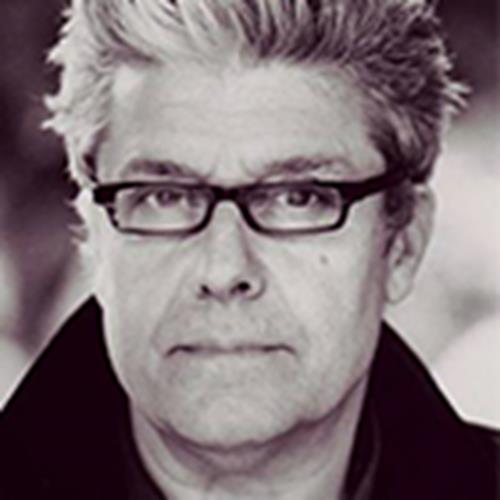 Patrick is a playwright, screen-writer and director.

He is the adaptor of the hit show THE 39 STEPS with 150 characters played by 4 actors. It has performed in over 40 countries worldwide. The play was nominated for a Tony Award and won an Olivier Award for Best Comedy and Helpmann and Molière Awards for Best Play. It plays around the world today.

Patrick’s adaption of A CHRISTMAS CAROL began life off-Broadway in 2014 before Sonia Friedman brought it to the UK in a new production at the Noël Coward Theatre in December 2015, directed by Phelim McDermott and starring Jim Broadbent as Scrooge.

Patrick’s 4 person version of the classic epic novel BEN-HUR opened to critical acclaim at The Tricycle Theatre in 2015. Directed by Tim Carroll.

Patrick adapted COMUS by John Milton in a version for the Sam Wanamaker Theatre at Shakespeare’s Globe, directed by Lucy Bailey.

He also wrote the story and libretto for THE JUDGEMENT OF PARIS for the Covent Garden Venture, with music by John Woolrich and HOW TO DEAL WITH BEING DUMPED – an Extra-Marital Oratorio for the Gogmagog Theatre Company, with music by Django Bates and directed by Lucy Bailey. It toured the UK, Europe and the US.

Patrick adapted DRACULA for Sonia Friedman and THE SIX WIVES AND REG directed by Jo McInnes.

He is notably renowned for the NATIONAL THEATRE OF BRENT which he created in 1980 and in which he plays Artistic Director and Chief Executive Desmond Olivier Dingle. The company’s legendary two-man epics have been performed on stage, on television and on radio. They have been nominated for an Olivier Award. Other awards include two Sonys, a New York Festival Award, Premier Ondas for Best European Comedy and Best Comedy at the Jerusalem Film Festival.

His BBC film VAN GOGH won a Silver Bear at Berlin for Most Original Screenplay.

Other screenwriting includes: THE TRUE ADVENTURES OF CHRISTOPHER COLUMBUS, THE GROWING PAINS OF ADRIAN MOLE, QUEEN OF THE EAST with Jennifer Saunders and WHY DIDN’T THEY ASK EVANS? With Julia Mackenzie for the ITV Marple series.

Besides his many NT of Brent radio plays, Patrick wrote and directed JOAN OF ARC AND HOW SHE FINALLY BECAME SAINT starring Dawn French and Jim Broadbent.