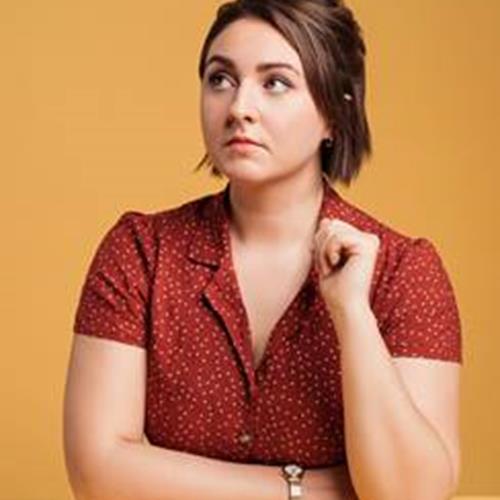 Rachel is a writer and performer, originally from Cornwall. She trained as an actor at Mountview Academy of Theatre Arts, where she is now a tutor, before training in writing at Theatre 503, The Arcola and The Criterion Theatre’s New Writing Group 2019 & Development Groups.

She is the founder of Scatterjam, often working closely with a team of associate artists to create female-led, darkly comic, work that is socially and politically engaged whilst being physically and structurally explorative.

Her debut play, LIPPY, had several short runs before being nominated for Best Newcomer at Brighton Fringe 2018. Following this, Rachel was selected to have short plays produced at The Bunker Theatre, Southwark Playhouse, Theatre 503 and The Criterion.

Her next play, WHEN IT HAPPENS, ran at the Tristan Bates Theatre and was OFFIE-nominated for 'Best Play in a Short Run'.

She was commissioned by Small Truth Theatre for The Kensington Karavan, for which she wrote and performed the short play, AMMONITE.

Her play PLEASE, FEEL FREE TO SHARE received short runs at The Tristan Bates Theatre, Theatre 503 and a full run at The Pleasance Courtyard, Edinburgh Fringe 2022. It was one of four finalists for the prestigious Popcorn Writing Award 2021, being awarded Special Mention, and is published with Methuen Drama.

The screenplay for PLEASE, FEEL FREE TO SHARE was a finalist for Filmmarket Hub’s Pilot Screenwriting Competition 2021.

In 2022, Rachel completed a course in Filmmaking at MET Film School, writing and directing her first short film, STALEMATE.

She is currently developing several ideas across Theatre, Film and TV.