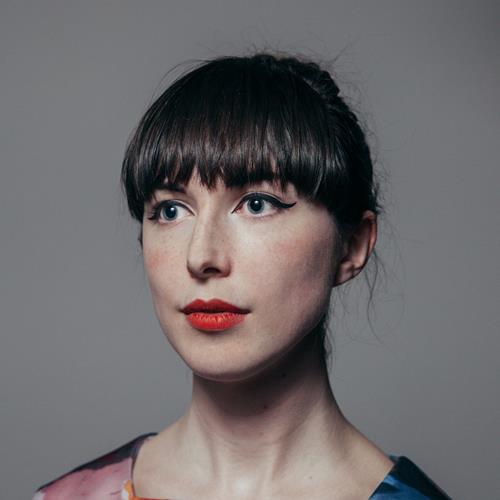 Rachel Maclean’s new film commission, MAKE ME UP will premiere as part of the BFI London Film Festival in October 2018 before being broadcast on BBC 4 in November.

MAKE ME UP is written, designed, edited and directed by Rachel Maclean. It is a major commission produced by Hopscotch Films with NVA, for the BBC, Creative Scotland and 14-18 NOW: WW1 Centenary Art Commissions, supported by Jerwood Charitable Foundation, the National Lottery through the Heritage Lottery Fund, and by the Department of Digital, Culture Media and Sport. MAKE ME UP is part of Represent, a series of works inspired by the Representation of the Peoples Act 1918.

Rachel Maclean has risen to significant acclaim with major contemporary films and art commissions, resulting in solo UK and international presentations. Her film work A WHOLE NEW WORLD won the prestigious Margaret Tait Award in 2013, she has twice been shortlisted for the Jarman Award, and has achieved widespread critical praise for her film FEED ME (2016) in British Art Show 8.

Based in Glasgow, Rachel Maclean (1987) was educated at Edinburgh College of Art where she completed her BA in Drawing and Painting in 2009. In 2017, Rachel premiered her new film commission SPITE YOUR FACE, as the representing artist for Scotland + Venice at the 57th Venice Biennale 2017.

Maclean has been commissioned for TV and featured on Random Acts Channel 4 (2013 and 2016); BILLY CONNOLLY, PORTRAIT OF A LIFETIME, BBC One Scotland (2017) and RACHEL MACLEAN: THE SHOPPING CENTRE, Artist in Residence’ Channel 4, Bullring Birmingham with Firecrest Films and Channel 4 (2018).

Her recent exhibitions and screenings include: ‘I Was Raised On The Internet’ Museum of Contemporary Art Chicago, USA (Present-Oct 2018); ‘Just B Yourself’ at Dublin City Gallery The Hugh Lane (2018); ‘Wot u  about?’ at HOME, Manchester and Tate Britain, London (2016-17); ‘We Want Data!’ at Artpace, San Antonio, USA (2016). Other projects and commissions in 2018-2019 include: ‘Rachel Maclean’ Solo Exhibition at Zabludowicz Collection London; ‘Hooked’ at London Science Gallery, Kings College London; KWM Artscentre in Beijing and is curating an exhibition with Arts Council Collection for Birmingham Museums.