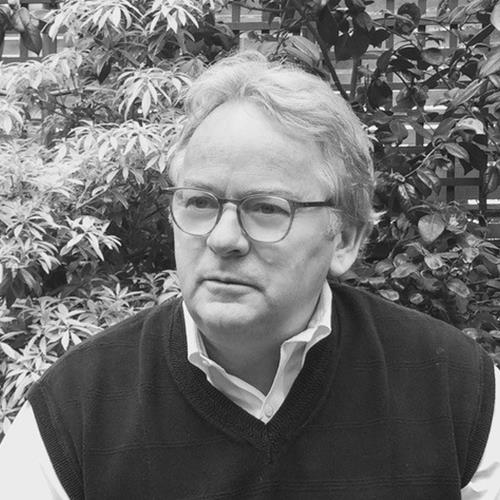 Award winning writer Timothy Prager went to High School in Southern California before graduating from Dartmouth College with Distinction and winning the College’s highest award for contribution to the Arts. He attended LAMDA (London Academy of Music and Dramatic Art) before joining the Old Vic Company as Assistant Director under Artistic Director Timothy West. He worked on productions of MACBETH, starring Peter O’Toole, THE MERCHANT OF VENICE, starring Timothy West and Maureen O’Brien, and Pinero’s TRELAWNY OF THE WELLS, starring Robert Lindsay and Lynn Miller. He toured throughout Europe and Asia with The Old Vic Company remounting and redirecting new cast members into the shows.

Tim returned to Los Angeles to work at the Mark Taper Forum on JOHNNY BULL, by Kathleen Betsko. He directed a number of plays in LA before being drawn back to London to write the book and direct SPIN OF THE WHEEL, a musical with music and lyrics by Geoff Morrow at the Comedy Theatre in London’s West End. Tim’s collaboration with Geoff has lasted twenty years and produced a number of musicals including SAN FRANCISCO based on the film of the same name. He recently collaborated with Bill Kenwright on the musical CAN’T SMILE WITHOUT YOU (from the song by Geoff Morrow) which has toured throughout Britain. His latest project with Geoff is the original musical A LEGENDARY ROMANCE, which had its first performance at the New London Playhouse, directed by Carol Dunne and for which Tim and Geoff were awarded the 2013 New Hampshire Theatre Award for best playwrights.

His film credits include: THE MAID with Martin Sheen and Jacqueline Bisset, IF THE SHOE FITS starring Rob Lowe and Jennifer Grey, HAUNTED with Aidan Quinn, Anthony Andrews, Kate Beckinsale and Sir John Gielgud, VENDETTA with Christopher Walken, PARTNERS IN CRIME with Armand Assante, and the much praised, much demonized, highly controversial HEAR THE SILENCE with Juliet Stevenson and Hugh Bonneville. He has rewritten many films without credit some of which have won quite a lot of awards!

Tim has a number of films in pre-production including RHAPSODY, the story of Sergei Rachmaninoff, BALLBOY about the journey of two African brothers with dreams of football success who are abandoned by fate and redeemed by faith, and PREYING MANTIS a thriller set in New Hampshire.

Tim has written many programmes for British Television. His work has included: DALZIEL AND PASCOE, DANGERFIELD, THE AMBASSADOR, HEAT OF THE SUN, ROBIN HOOD, WAKING THE DEAD, GEORGE GENTLY and SILENT WITNESS. He has created and written three original series for the BBC. His first, SAFE AND SOUND, was set in post troubles Belfast and starred Sean McGinley and Des McAleer. Tim’s next original series was the much loved and acclaimed TWO THOUSAND ACRES OF SKY set in the western isles of Scotland and starring Michelle Collins and Paul Kaye. Tim then created 55 DEGREES NORTH starring Don Gillet. 55 DEGREES NORTH (known as THE NIGHT DETECTIVE in the United States) is distinguished by being the first Prime Time BBC One drama with a black leading man. HIMMELBLAU, based on TWO THOUSAND ACRES OF SKY and made for Norway’s largest broadcaster NRK, was the most watched drama in Norwegian Television history.

Presently, Tim continues to work closely with the BBC on the award winning and increasingly popular series SILENT WITNESS as well as the highly regarded GEORGE GENTLY. He is developing a new long running series for THE HISTORY CHANNEL in the US based on the early days of the United States Air Force, and continues to create and develop a range of new drama series for broadcasters in both the US and UK.

He’s a passionate Fulham fan (if that isn’t an oxymoron), is married with two children and lives in London.