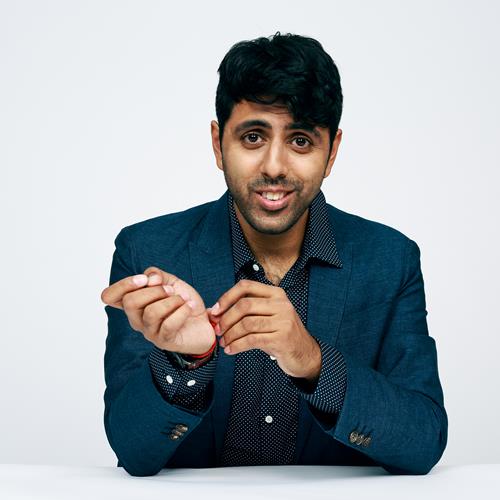 Vinay’s debut play, TRUE BRITS, premiered at Edinburgh Fringe 2014 and went on to the Bush Theatre’s RADAR Festival and the Vault Festival. His latest play AN ADVENTURE premiered at The Bush Theatre where it was directed by Bush Artistic Director Madani Younis. It will be opening for a second run at Bolton Octagon in 2021.

Vinay has several new plays in development for 2020/21 including work with Empire Productions and The Yard Theatre/English Touring Theatre.

For TV, Vinay’s debut MURDERED BY MY FATHER was commissioned for BBC3 and starred Adeel Akhtar, Kiran Sonia Sawar and Mawaan Rizwan. It won 2 RTS Awards including Best Single Drama and was nominated for three BAFTAs including Best Single Drama and the Breakthrough Talent Award for Vinay. It won the BAFTA for best Leading Actor (Adeel Akhtar) and Vinay was named a BAFTA Breakthrough Brit for his work on the film.

Vinay has written episodes for both series of Chris Chibnall’s DOCTOR WHO, including the Hugo nominated DEMONS OF THE PUNJAB and FUGITIVE OF THE JUDOON which aired early 2020 to five star reviews.

He currently has several projects in development across TV and Film including a contemporary original Sci-Fi series.